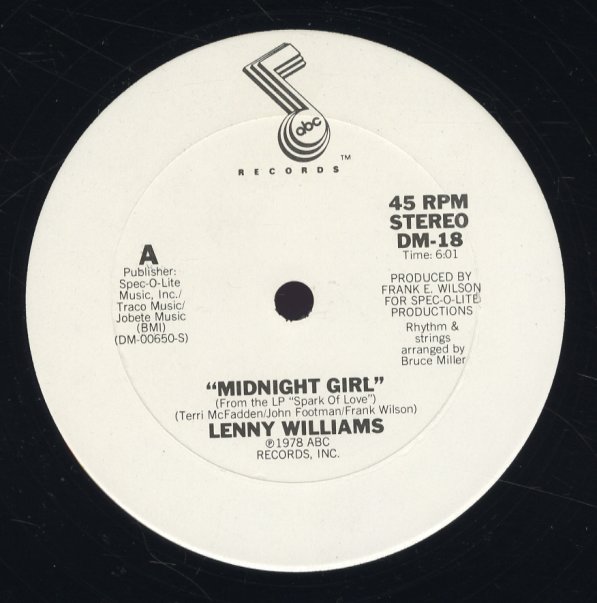 A totally excellent midtempo modern soul groover from Lenny Williams, popping along on smooth groove clearly aimed at the dancefloor, but filled out nicely with sophisticated production!  © 1996-2021, Dusty Groove, Inc.
(Label has some marker. In an ABC disco sleeve)