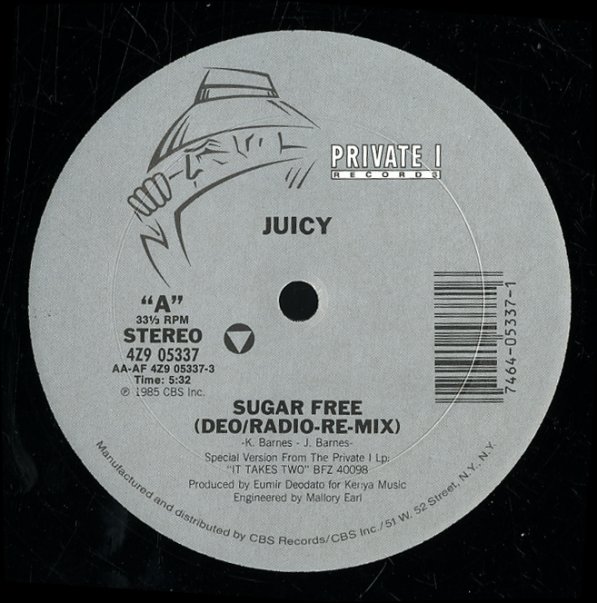 An amazing groover from Juicy – one of those tunes that carries with it all the sounds of its era, yet makes them resonate with the feel of a classic! "Sugar Free" is a tune that bumps along slowly on a wicked bassline – stepping its way to a sweet little chorus that really sends home the tune! Great Deodato production too – smooth, yet soulful in all the right places.  © 1996-2021, Dusty Groove, Inc.