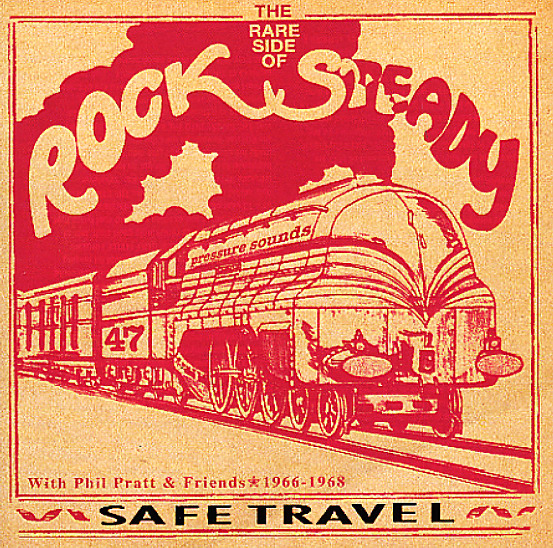 Another incredible collection of rock steady from Pressure Sounds – some of the rarest singles ever from the Caltone & John Tom labels! It's very nice, very groovy stuff – mellow little rockers with sweet production by Phill Pratt, with vocalists that include a young Horace Andy, Ken Booth, Larry Marshall – plus instrumentals include work by Tommy McCook, Lyn Tait and others! 23 tracks in all: "Safe Travel" by Phil Pratt, "No One To Give Me Love" by Larry Marshall & Alvin Leslie, "Black Man's Country" by Horace Andy, "Time Is Getting Harder" by Peter Austin, "Bigger Things" by Tommy McCook, "You Left The Water Running" by Ken Boothe, "Bye Bye Bye" by the Clarendonians, "I'm Restless" by the Thrillers, "Victory" by Phil Pratt All Stars" and more.  © 1996-2023, Dusty Groove, Inc.

Darker Than Blue – A Tribute To Curtis Mayfield (with bonus tracks)
Soulgramma (Italy), 1993. New Copy (reissue)
LP...$32.99 36.99
A really incredible mix of reggae and soul – a set released in the early 90s, but which was recorded in the years before – as a long-running collaboration between singer Devon Russell and guitarist/producer Earl Chinna Smith! Russell's got a sweetly crackling vocal style that really ... LP, Vinyl record album