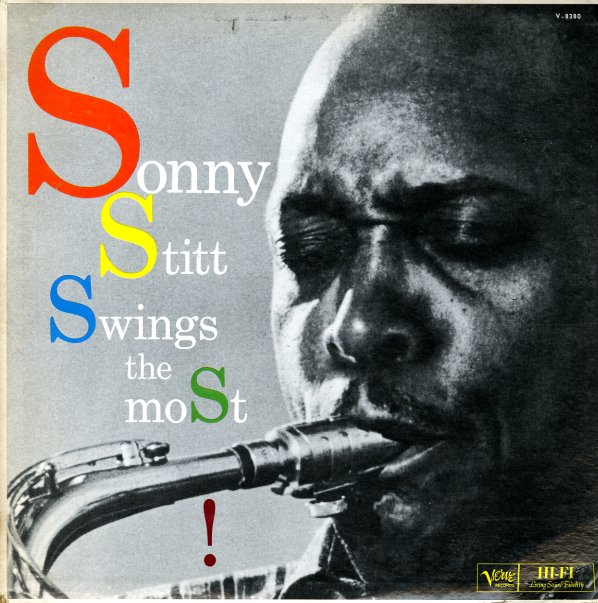 Sonny Stitt Swings The Most

There's no argument from us – because Sonny Stitt really does swing the most – but even more than that, what really matters to us is his amazing sense of tone, timing, and execution! The album's a near perfect example of a saxophone master at his height – a set that features Sonny blowing alongside the LA trio of Mel Lewis on drums, Lou Levy on piano, and Leroy Vinnegar on bass – but hitting all the tunes with a powerful, professional approach that makes us know he'd sound this great, no matter what the setting. The tunes are wonderfully understated, but offer up a casebook example of just how great jazz soloing can be when it's handled this well – never overdone or overblown, with notes that are improvised, but fall into place magically – as if they always knew where to belong in the first place! Titles include "Jaunty", "The Lonesome Road", "The Way You Look Tonight", "Blue Sunday", and "That's The Way To Be", with a tiny bit of vocal by Stitt!  © 1996-2020, Dusty Groove, Inc.
(MGM pressing. Cover has a cutout hole.)