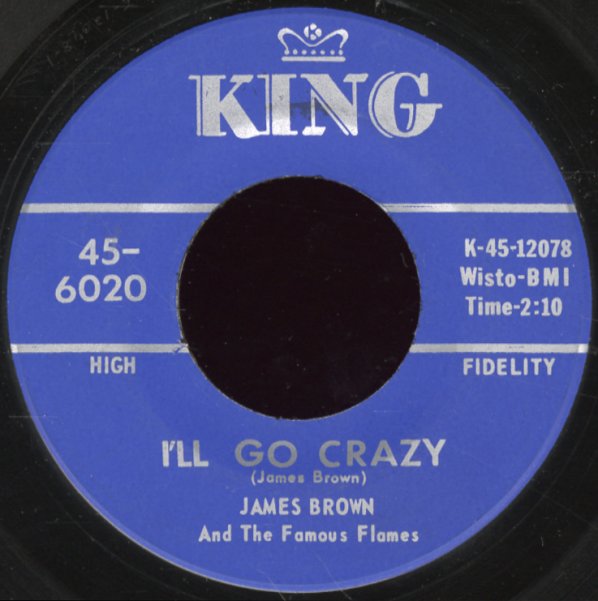 An early one from James – with a raw R&B groove on both tracks, and shouted vocals that strike right at the core of the songs! "Crazy" has kind of a "Night Train" beat to it – and "Lost Someone" is slower, with a bluesy slow vamp kind of approach that lets James get all sad and mellow on the vocals.  © 1996-2021, Dusty Groove, Inc.
(Blue label pressing in a King "dots" sleeve, with a bit of pen. Label has a small drillhole.)

Papa's Got A Brand New Bag (parts 1 & 2)
King, Mid 60s. Very Good+
7-inch...$6.99
An interesting single from James – featuring his super-huge hit of the mid 60s, but issued on a late 60s King label! The tune's a stone winner as always – and the flip is "mostly instrumental", with a vamp that virtually invented the funky vamp! 7-inch, Vinyl record