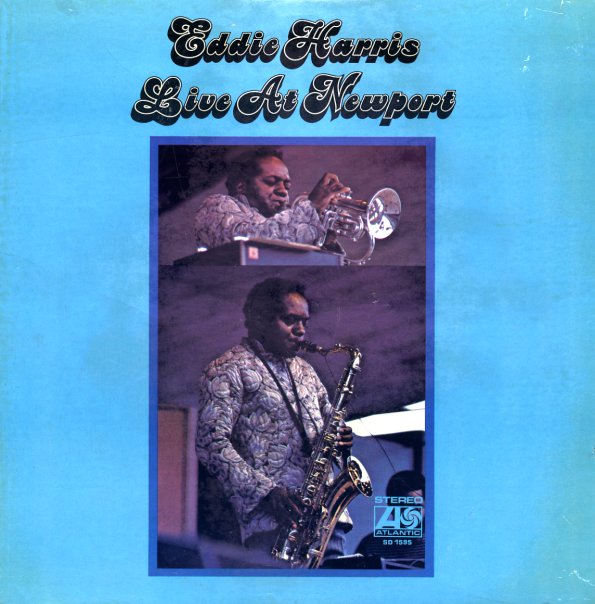 Very cool sounds from the amazing Eddie Harris – a live set, cut at the popular Newport Jazz Festival – but one that's arguably even freakier and more freewheeling than some of Eddie's studio work for Atlantic! Eddie's horn is really plugged in for the set – a Varitone, which is blown with a rich variety of tones – including some very far out, echoey modes at the start – then fused into a sharper, soulful groove later on! The group's also got some really wonderful electric piano from Jodie Christian – and include Louis Spears on bass and Bob Crowder on drums – and the legendary Eugene McDaniels joins the quartet for some very hip vocals on one cut too. Titles include "Don't You Know The Future's In Space", "Carry On Brother", "Walk Soft", and "Silent Majority".  © 1996-2022, Dusty Groove, Inc.
(Broadway label stereo pressing. Cover has a cutout noth, some wear and aging, and a good amount of gloss peel in front.)