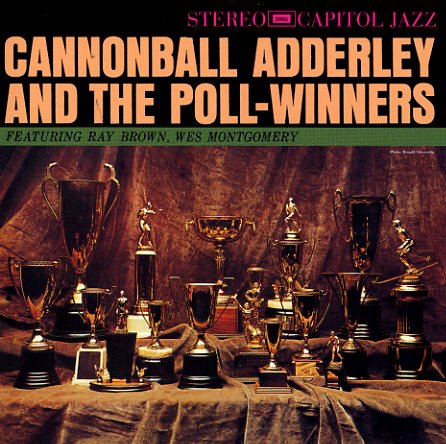 Cannon's left his usual soul jazz combo for this album – and he's recording on the west coast with an all-star group that includes Wes Montgomery on guitar, Victor Feldman on vibes and piano, Ray Brown on bass, and Louis Hayes on drums. The sound's a bit different than usual – with a strong focus on the solos of the big stars, and less on the tight grooving of the group – but that doesn't stop it from being a great set, and Cannon blows in a way that reminds us of his classic Mercury sides. Titles include "The Chant", "Azule Serape", "Never Will I Marry", and "Au Privave".  © 1996-2022, Dusty Groove, Inc.
(Mono UK pressing in a flip-back cover, with light wear, some aging on the back and an ink stamp.)