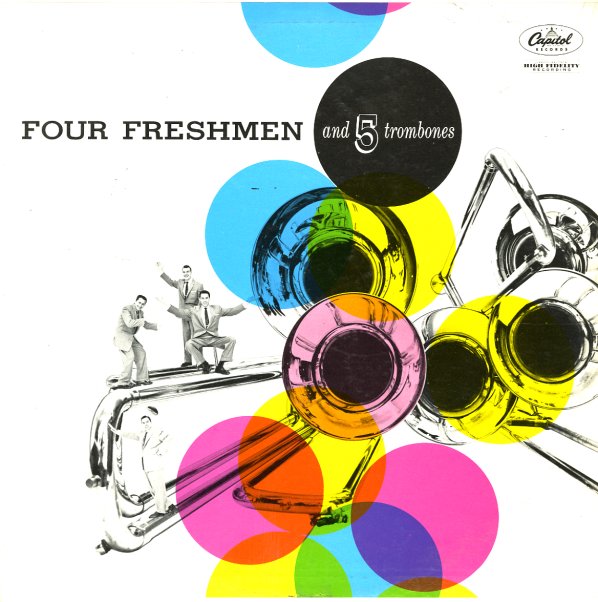 A masterpiece – and possibly the greatest record ever by the Four Freshmen! The album is arranged by Kentonite Pete Rugolo, who gives it a very dark feel – similar to his amazing work on June Christy's Something Cool album (which is a perfect complement to this one) – and he's selected a core group of west coast jazzers to back the Freshmen up, including Barney Kessel, Shelly Manne, Frank Rosolino, and Claude Williamson. Don't worry about the "trombone" part, because the horns are used to provide dark deep washes of emotion to the songs – with the boys' vocals way out over the top, in mindblowing harmonies that could also exist perfectly without any backing. Titles include "Speak Low", "Love Is Just Around The Corner", "I Remember You", "Love", and "Guilty".  © 1996-2022, Dusty Groove, Inc.
(Yellow label pressing. Cover has light wear.)