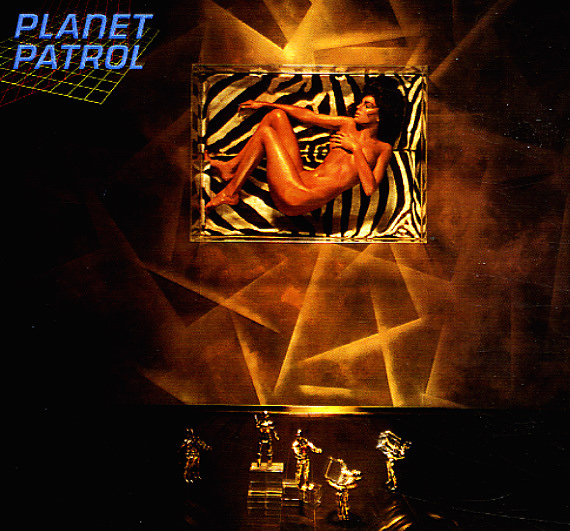 More of an EP than an LP, at least by today's standards. Planet Patrol features 5 musicians, but the real stars here are producers Arthur Baker and John Robie, who give this album a nice electro sound. With the classic early Tommy Boy single "Play At Your Own Risk", plus "Cheap Thrills", "Danger Zone", "I Didn't Know I Loved You (Till I Saw You Rock & Roll)", "Play At Your Own Risk (rmx)", "It Wouldn't Have Made Any Difference" and "Don't Tell Me".  © 1996-2022, Dusty Groove, Inc.
(Limited edition purple vinyl pressing. Cover has an unglued top seam. Vinyl has a mark that clicks during "Play At Your Own Risk (remix)" and "It Wouldn't Have Made Any Difference" but plays fine otherwise.)