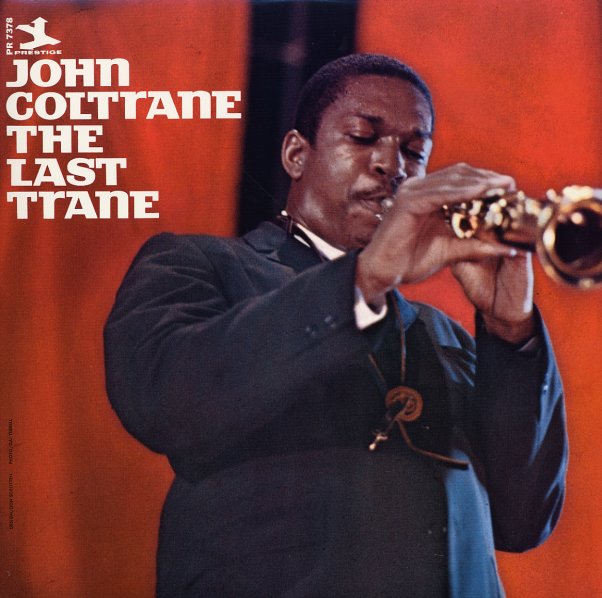 A nice set – despite being kind of a put-together batch of tunes! The album's titled "The Last Trane" because it represents the last material that Prestige Records had in its vault from the time that John Coltrane was recording for the label in the late 50s. Titles were recorded on 3 different dates from 1957 and 1958 – mostly with Red Garland on piano, and also featuring some additional horn work by Donald Byrd on 2 tracks. The album's got a great spare track called "Slowtrane" – one that features Coltrane playing with only bass and drums for accompaniment – and which recalls the genius of some of his sessions for Transition or Imperial. Byrd's blowing alongside the tenor on versions of "Lover" and "Come Rain Or Come Shine" – and the set's rounded up by a nice open-ended track called "By The Numbers", which has a warm bluesy solo by Trane!  © 1996-2021, Dusty Groove, Inc.