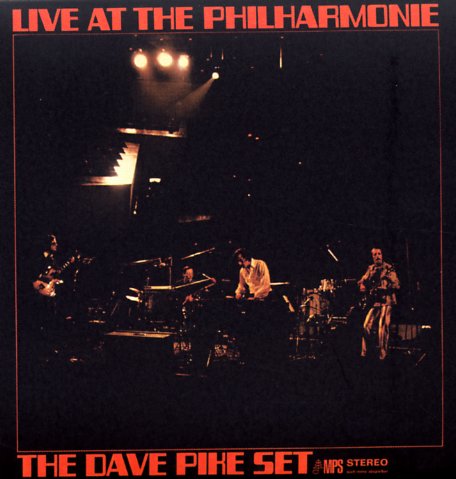 Live At The Philharmonie

A legendary MPS session from vibist Dave Pike – a set that mixes his funkier styles with some freer modal jazz leanings – all in a way that really makes the album stand out from the rest! The group is the groundbreaking Dave Pike Set lineup – the combo that featured Dave's vibes alongside guitar from Volker Kriegel, bass from JA Rettenbacher, and drums from Peter Baumeister – a truly funky little groove who keep things tight and interesting throughout! And although recorded live, the album's got all the spacious feel and compelling sounds of any of Pike's studio albums for MPS – and is perhaps even more amazing, given that these sounds are all spontaneous emanations from the group. Titles include "Riff For Rent", "Mambo Jack The Scoffer", "Hey Duke", "The Secret Mystery Of Hensch", and "Nobody's Afraid Of Howard Monster".  © 1996-2021, Dusty Groove, Inc.
(German red label pressing, with deep groove! Cover seams are unglued, but cover is nice otherwise.)