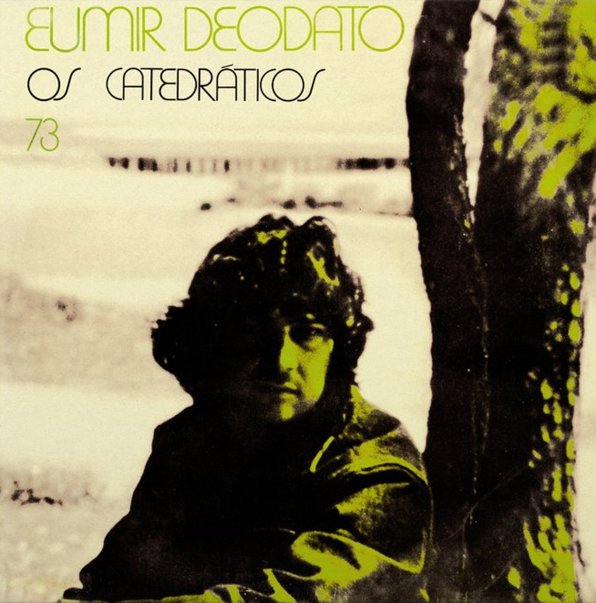 A rare Brazilian album from the legendary keyboardist Deodato – recorded right around the same time as his classic CTI albums Prelude and Deodato 2 – but much more obscure! This set's got a similar electric vibe, but is much more compact – with maybe more organ than Rhodes, on tunes that are short, groovy, and very much to the point – graced with the kind of arranging genius that Eumir showed during the bossa nova years, but with a lot more soul and funk elements in the mix! The whole thing's very unique – not like any other Deodato album – and it was partly recorded in New York, with help from Phil Bodner and Romeo Penque on saxes and flute, and trumpet from Marvin Stamm. Titles include "Arranha Ceu" – a remake of his "Skyscrapers" – plus "Puma Branco", "Extremo Norte", "Menina", "O Jogo", "Flap", "Atire A 1a Pedra", and "Carlota E Carolina".  © 1996-2022, Dusty Groove, Inc.
(90s reissue pressing. Back cover has a small distribution sticker.)