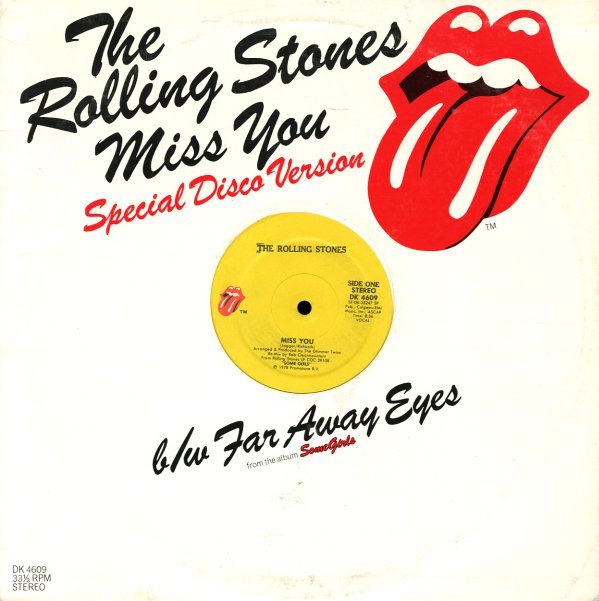 A club crossover classic from The Rolling Stones – a track that surprisingly got the group onto the dancefloor in the late 70s, but which still held onto most of their best elements! Although sometimes panned as a cheap disco cash-in effort by some, the tune is actually pretty darn great – a gritty little tune that relies on heavy vamping, rolled-out guitar parts, and one of the catchiest vocal hooks that Mick Jagger had sung in years. Harmonica completes the sound, and the whole thing's got a bluesy undercurrent that's totally great!  © 1996-2022, Dusty Groove, Inc.
(Cover has minimal wear.)