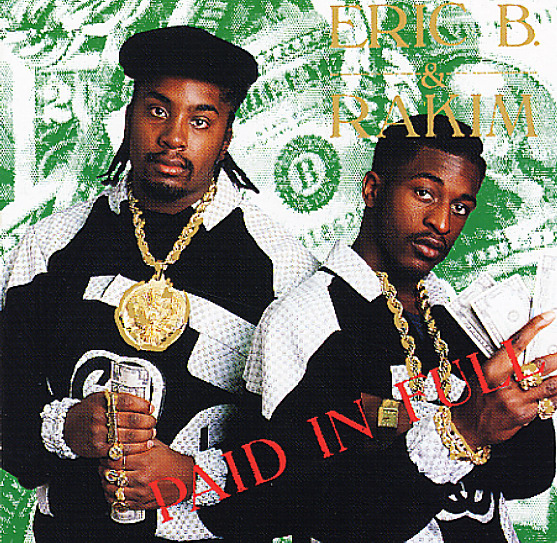 Paid In Full, indeed. Eric B & Rakim's seminal album still pays off in so many ways, and it was such a vital link between the party rockin' style of the old school and the terse, hard-hitting beats and rhymes of what was then the new school, we can't even come up with the words for the praise it's due! If you don't respect this album, you don't know a damn thing. Includes the immortal "I Ain't No Joke", "Eric B Is In The Cut", "I Know You Got Soul", "Move The Crowd", "Paid in Full", "Chinese Arithmetic", and "Eric B. Is President" plus 2 bonus tracks: "As The Rhyme Goes On (radio)" and "Paid In Full (mini madness – Coldcut rmx)".  © 1996-2022, Dusty Groove, Inc.