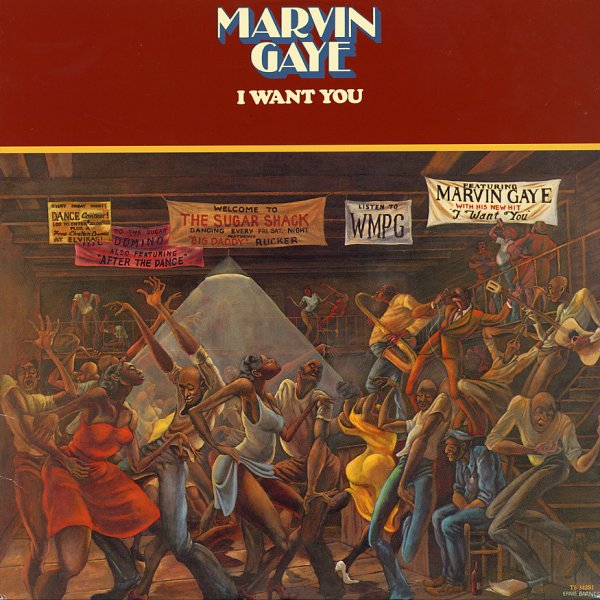 An incredible record – quite possibly our favorite ever by Marvin Gaye! The album is quite unique – written by Leon Ware, and recorded in collaboration with him – done as a "suite" of tracks based on themes of passion, joy, and new love – all of which were very much on the mind of Marvin during his troubled years of the mid 70s. The whole thing's beautifully put together – superbly orchestrated with just the right funky touches, and even a sweet bit of electronics to give the set a nice edge. An amazing album – one of those soul records that goes deeper and deeper than you ever thought pop music could go – filled with great tracks that include "I Want You", "After the Dance", "Come Live With Me", and "Since I Had You". Genius – pure genius!  © 1996-2022, Dusty Groove, Inc.
(Late 70s repress. Cover has light surface and edge wear, and a lightly bent corner.)

Sophisticated Soul
Tamla, 1968. Very Good-
LP...$5.99
Classic girl group soul by one of Motown's best uptown groups. Tracks include "My Baby Must Be A Magician", "Your Love Can Save Me", "What's Easy For Two Is Harder For One", "Here I Am Baby", and "You're The One For Me Bobby". Nice stuff, and ... LP, Vinyl record album