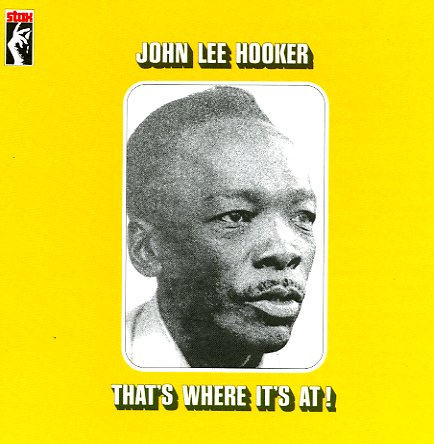 A fantastic pairing of soulful talents – the legendary John Lee Hooker on the mighty Stax Records – in a set that's a real standout in the career of both! The vibe here is different than the usual sound of Stax – not a Memphis-ized John Lee Hooker, but instead the kind of stripped-down session that the singer had done for other labels in his early years – given a very faithful presentation here by producer Henry Stone (who himself might well be the third important force at work on the set!) Tracks are mostly short – apart from one eight minute jam – and Hooker's got that raw, raspy bite that still makes him one of the all-time greats. Titles include "Teachin' The Blues", "Goin To Louisiana","I Need You", "My Love Comes Down For You", "Please Don't Go", "I Just Don't Know", "Slow & Easy", "Two White Horses", "Feel So Bad", and "Grinder Man".  © 1996-2021, Dusty Groove, Inc.
(1969 pressing, with McElmore address. Cover has a small cut corner, but is great otherwise.)