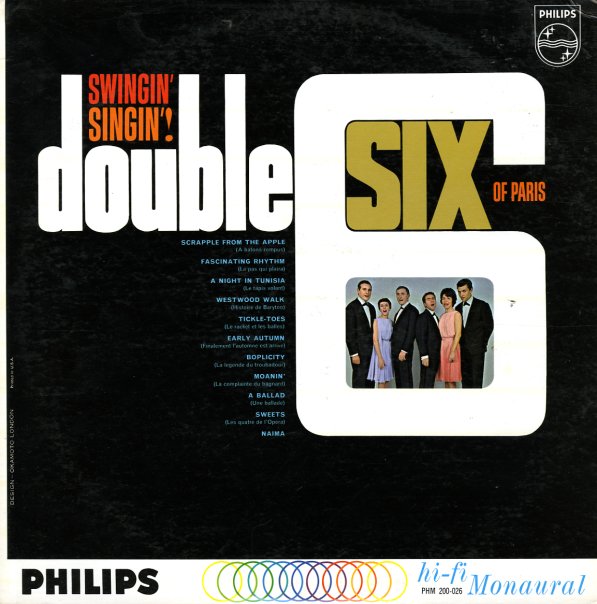 Great early stuff by this swingin' French vocal group! These guys swung as hard as American groups, like Lambert, Hendricks, and Ross – but they stuck to hipper, jazzier material, and had a driving sound that never let up! The group is led by singer Mimi Perrin, who also handed the arrangements – and it features French jazz greats Ward Swingle and Eddy Louiss. Includes some great jazzy versions of "Naima", "Boplicity", "Westwood Walk", and "Early Autumn".  © 1996-2022, Dusty Groove, Inc.
(Mono pressing with deep groove. Vinyl and cover have a drill hole. Cover has name in marker, aging.)

Getting Romantic
Philips, 1967. Sealed
LP...$5.99
The groovy vocal stylings of The Swingle Singers turn towards a host of works by romantic composers like Chopin, Beethoven, Albeniz, and Schubert – with stunning results! The flowery compositions of the romantics makes for a broader palette of expression for the group – lots of dips, ... LP, Vinyl record album

I Want A Country Man
Groove Merchant, 1973. Very Good+
LP...$2.99
Very hip work from Dakota Staton – one of her great early 70s albums for the Groove Merchant label! Backings here are by the band of Manny Albam – in a mode that's jazzy, but inflected with plenty of soul – and which has the same sort of rhythmic pulse that you'd find in Lou ... LP, Vinyl record album

Johnny Get Angry
Warner, 1962. Very Good+
LP...$9.99
Dreamy girl pop from the young Joanie Sommers – a set that's got the lady singing in a style that's a bit more chartbound than some of her later recordings, with lots of cool and groovy backings that give the album a wonderful sense of pep – and a slight undercurrent of sex as well! ... LP, Vinyl record album