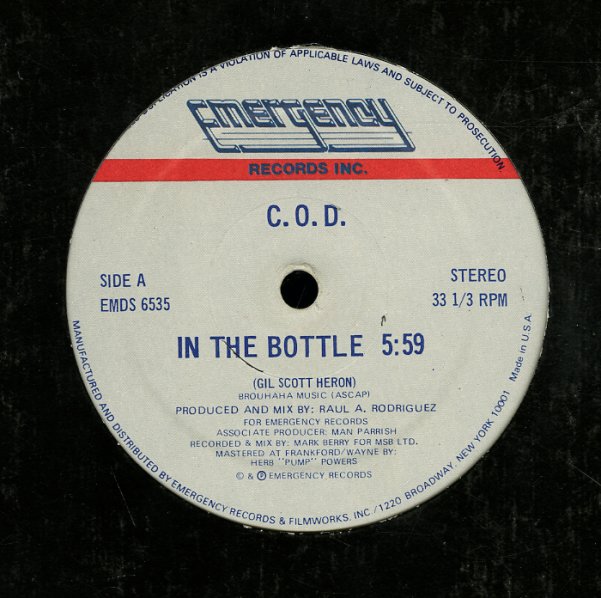 In The Bottle (voc, inst)

A classic electro cover of Gil Scott-Heron's big hit! There have been many versions of Gil's classic over the years, and this one is proof that the New York dancefloors were still grooving to the song, even after playing out versions by Gil, Brother To Brother, and Joe Bataan. There's a heck of a lot of beats and vocoder on this one – but that's what makes it so fr-r-r-r-r-esh!  © 1996-2023, Dusty Groove, Inc.
(Labels have a name in pen.)