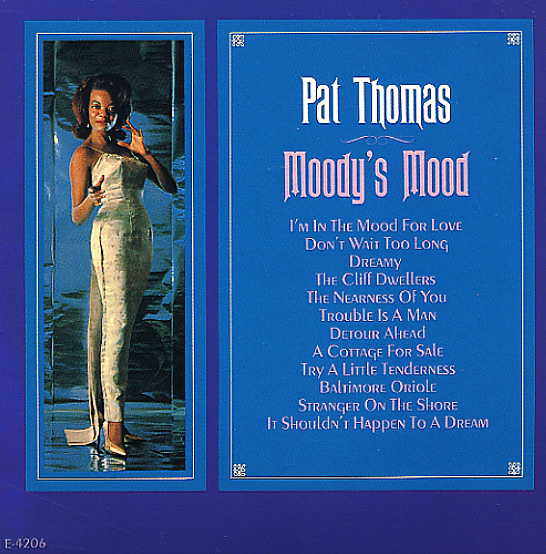 A pretty hip album of jazz vocal numbers by Pat Thomas – made even hipper by arrangements from Claus Ogerman and Lalo Schifrin! The style of the record's a bit like Lorez Alexandria's work from the same time – part jazz, part soul, and all-solid all the way through vocally – with a deeper sense of soul than most other singers of Pat's generation. Things get a bit flowery at times, but Pat's vocals are always strong – and really stretch out through the lush arrangements on the record in a way that's extremely captivating. Includes versions of "The Cliff Dwellers", "Baltimore Oriole", "Don't Wait Too Long", "Dreamy", "Detour Ahead", and "Stranger On The Shore".  © 1996-2022, Dusty Groove, Inc.
(Stereo pressing. Cover has a punch hole with light wear.)