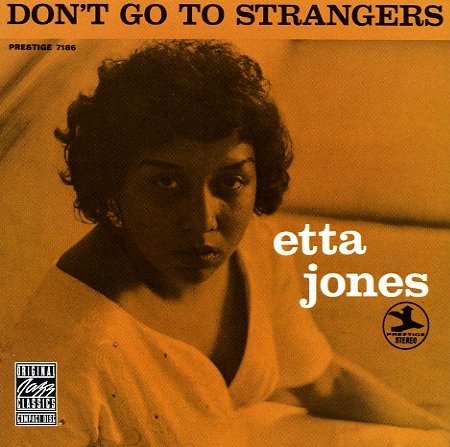 Could anyone ever utter a sexier line than "Don't go to strangers, come to me?" We think not, and it's material like that that makes the album a real killer from Etta Jones – one of her best from the 60s, cut when she was really developing her skills as a vocalist, but still had enough of an edge to be interesting. Backing is by a small group that includes Frank Wess, Roy Haynes, and Richard Wyands – and the album has a relaxed, jazzy quality that easily makes it one of the real standouts in Etta's career! Titles include "All The Way", "Where Or When", "Yes Sir, That's My Baby", "If I Had You", "Something To Remember You By", and "Don't Go To Strangers".  © 1996-2022, Dusty Groove, Inc.
(Yellow and black label NJ pressing with deep groove and RVG stamp. Label on Side B has a name in marker. Cover has center splits at the spine and bottom seam, some wear and aging, and a name in marker and some pen marks in back.)

Greatest Hits
Prestige, Early 60s. Very Good+
LP...$7.99
A dozen soulful tracks from Etta Jones – a unique singer who managed to straddle the worlds of jazz and blues, without giving short shrift to either! The selection brings together tracks that Etta recorded for the Prestige label in the 60s, some of which were released as singles – none ... LP, Vinyl record album