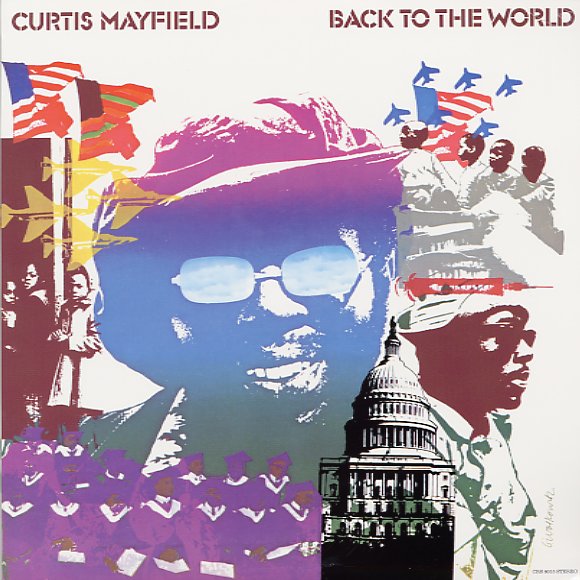 Pure genius from Curtis Mayfield – and a record that's got all the righteousness and political power you might guess from the cover! The album burns with a sense of empowerment that's every bit the best strength of Curtom in the 70s – a sublime blend of heavy soul, funky undercurrents, and far-reaching arrangements that still always manage to groove! And Curtis' vocals are great too – echoing out with a newfound presence that far surpasses the raspy quality of his early work with The Impressions. Arrangements are by Rich Tufo, production is by Mayfield, and titles include "Future Song" (aka "Future Shock"), "Keep on Trippin", "Can't Say Nothin", "Back To The The World", and "Right On For The Darkness".  © 1996-2022, Dusty Groove, Inc.
(Cover has some surface wear, name in pen, aging.)

Give, Get, Take And Have
Curtom, 1976. Very Good-
LP...$9.99
An overlooked mid 70s gem from Curtis Mayfield – a record that's recorded with a slightly less righteous mode than his earliest work for Curtom – but still plenty darn great! The emphasis here is on warmer, sweeter styles – tunes that mix a subtle approach to funk with some great ... LP, Vinyl record album