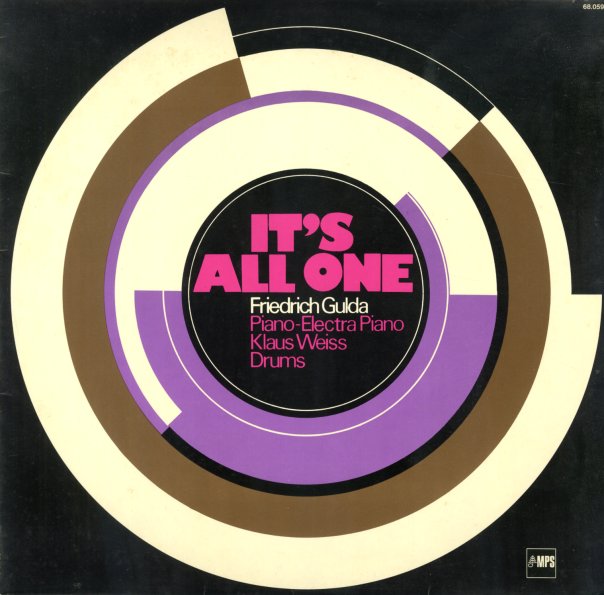 Amazing stuff – and one of the hippest records ever cut by pianist Friedrich Gulda! Unlike some of his other more modernist efforts, this one's got a really free swing to it – and it features a spare stripped-down approach that has Gulda's work on piano and "electra piano" backed only by the drums of Klaus Weiss. If you know Weiss' playing, you'll know that he's a heck of a player – one of the hardest swinging players in Germany during the 70s, with a rich range of styles that included funk, soul jazz, and hard bop playing. The best numbers on the album feature Gulda playing these amazing lines on "electra piano", with Weiss grooving underneath – either hitting a modal groove, a bossa one, or in some cases a freer beat to match Gulda's solos. The record kicks off with the four-part "Suite For Piano, Electra Piano, & Drums" – which has two great groovers, the "bossa nova" and "finale" section". Side two features the more avant "Meditation III", plus the excellent "Blues Fantasy", which starts out free, then rolls into a great modal funky part with great electric keyboard lines!  © 1996-2020, Dusty Groove, Inc.
(Early 80s Japanese Teichiku pressing, ULS-3198-P. Cover has a bumped corner at the bottom right.)