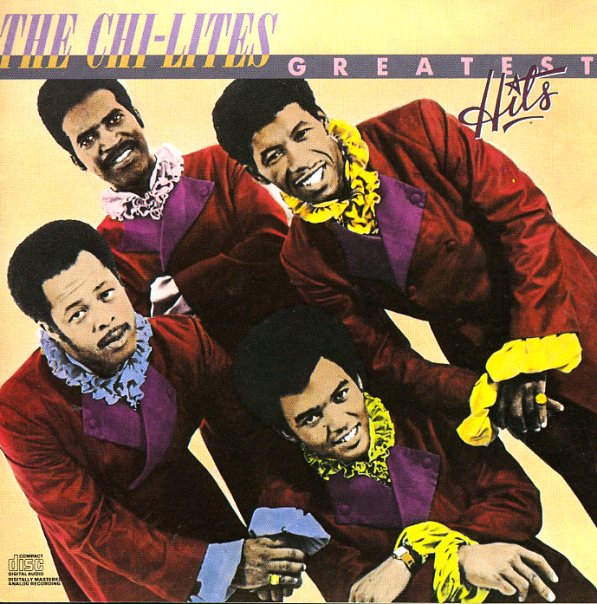 Issued in 1983, but a good look back at the classic Brunswick years of this massive soul group from Chicago! The Chi-Lites are one of the best harmony acts ever to come out of the Windy City – and while at the Brunswick label during the late 60s and early 70s, leader Eugene Record forged a sound that became a virtual blueprint for the Chicago group sound of the next decade to come. The harmonies are impeccable on the record – as you probably know if you've already heard hits like "Have You Seen Her", "(For God's Sake) Give More Power To The People", "Lonely Man", "Oh Girl", "The Coldest Days Of My Life", "A Letter To Myself", and "Homely Girl".  © 1996-2023, Dusty Groove, Inc.
(Cover has light wear, but looks great overall.)

Off The Wall
Epic, 1979. Very Good Gatefold
LP...$19.99
This 1979 solo album by Michael is a killer batch of soul grooves – one of his best moments ever, and a crowning cap to a stellar 70s run – both as a younger solo act, and with the whole Jackson family! Quincy Jones produced, and the album's got a funky undercurrent that's really ... LP, Vinyl record album

Inner Feelings
Epic, 1982. Near Mint-
LP...$4.99
Great early work from Billy Ocean – a smooth album of understated groovers, all done in a style that's nicely retrained, and which places a good focus on Billy's great vocals! Most of the record skips along in a warm mellow groove – never too over the top, and in a way that makes us ... LP, Vinyl record album

Whispers
Brunswick, Mid 60s. Very Good+
LP...$16.99
Wonderful Chicago soul from Jackie Wilson – one of the classic Brunswick albums he recorded in the Windy City – with stunning production by Carl Davis and arrangements by Sonny Sanders! The album's a perfect showcase for Wilson's incredible vocals – soaring out to new heights in ... LP, Vinyl record album

Manufacturers Of Soul
Brunswick, 1968. Very Good+
LP...$23.99
A really wonderful collaboration between two very unlikely partners – and a great album that really stands out as some of the best work from both artists in the 60s! Count Basie's group gets hard and soulful on the record – and even a little funky on the best cuts – and Jackie ... LP, Vinyl record album