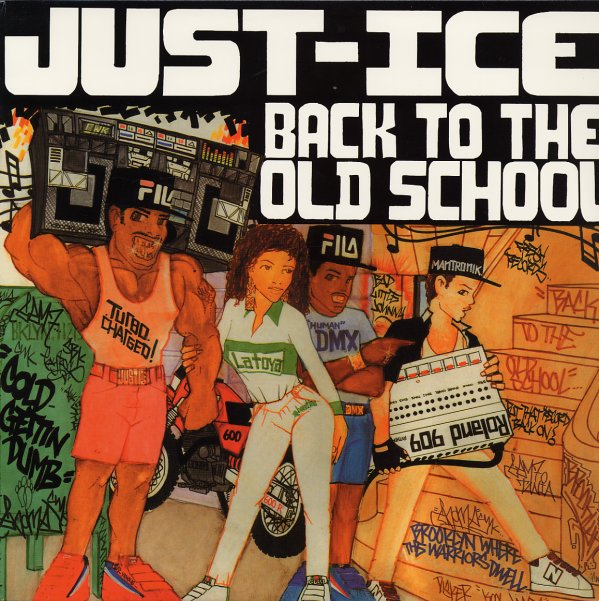 Just-Ice wasn't actually part of the old school – although to some, the 1986 release might seem pretty darn close – but he definitely does a good job here of keeping things nice and clean on his classic debut! Production is from Mantronik, but there's also a harder edge than most of his other work in the studio – maybe thanks in part to edits by the great Chep Nunez, who was responsible for doing some great work on the Ultimate Breaks & Beats series! The sound blasts out of the deck with a very booming 80s sound – and the set also features some human beatboxing from DMX, who often explodes with the quality of a drum machine. Titles include "Back To The Old School", "Gangster of Hip Hop", "Latoya", "Cold Gettin Dumb", "Little Bad Johnny", and "Put That Record Back On." The picture cover is a dope notebook-style graffiti drawing of Just-Ice, DMX, Latoya, and Mantronik – that last of whom is carrying a Roland 909!  © 1996-2022, Dusty Groove, Inc.
(On CD for the first time!)

Desolate One
Fresh, 1989. New Copy
CD...$6.99 14.98 (LP...$23.99)
The second post Mantronik set from the frequently slept on 80s rap genius Just-Ice – featuring production by none other than KRS-One – with a few righteous and ruthless tracks that stand up with the best from the earlier classic LPs! The rugged and raw KRS backdrop serves Just-Ice's ... CD