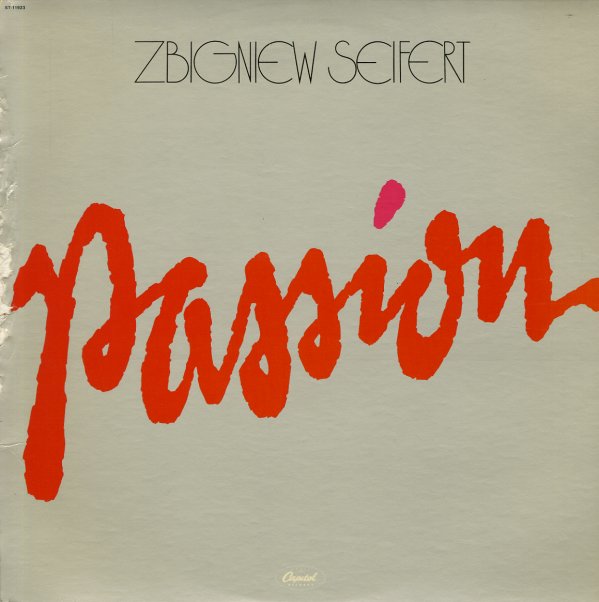 The last album ever recorded by jazz violinist Zbigniew Seifert before his tragic early death from cancer – and a really far-reaching set that's got more of a solid, acoustic feel than his first set for Capitol. Like that album, this one's co-produced by Chris Hinze, and has some of the spaciousness of Hinze's own albums fo the time – especially when a groove kicks in on the best numbers. The group's a sextet – with John Scofield on guitar, Eddie Gomez on bass, Richie Beirach on piano, Nana Vasconcelos on percussion, and Jack DeJohnette on drums – all open and like-minded players who contribute as much to the record as Seifert. Titles include "Singign Dunes", "Escape From The Sun", "Quo Vadis", "Sunrise Music", "Kilimanjaro", and "Passion".  © 1996-2023, Dusty Groove, Inc.