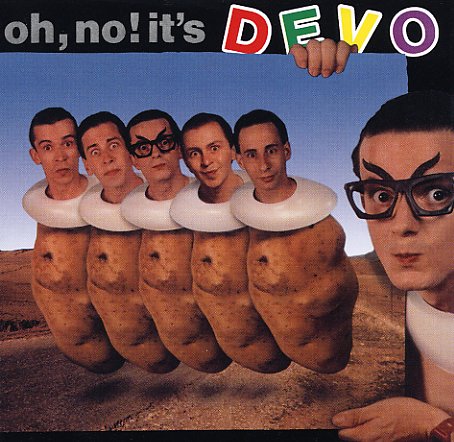 Hey Spud boy! You need this record. Definitely underrated in the grand scheme, Oh No! finds the boys rocking a much more straightforward, nerdy computer funk sound. It sort of takes a page from the 80s Kraftwerk playbook with the grid-patterned 80s computer tomfoolery, albeit with a far more goofball pop groove. Includes the completely great singles "Time Out For Fun","Peek-a-boo!" and "That's Good", plus "Out Of Sync", "Explosions", "Patterns", "Big Mess", "Speed Racer", "What I Must Do", "I Desire" and "Deep Sleep".  © 1996-2021, Dusty Groove, Inc.
(New Zealand pressing. Includes the printed inner sleeve.)