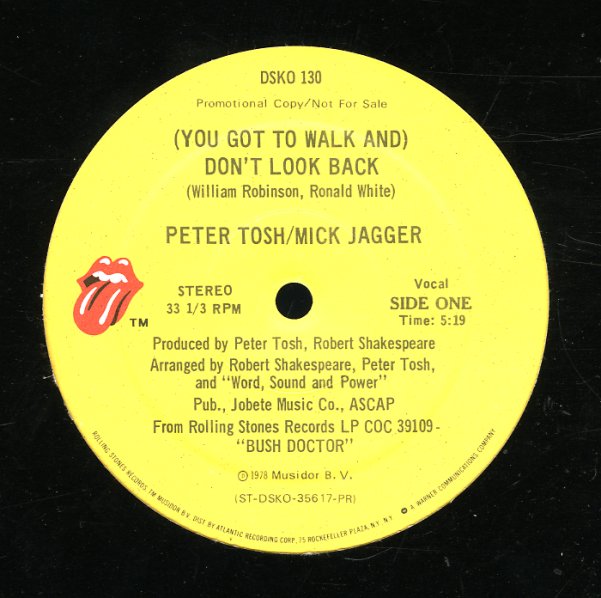 Peter Tosh joins with Mick Jagger on this late 70s reggae remake of the Motown classic, with production help from Robbie Shakespeare, and a nice dub mix on the b-side.  © 1996-2022, Dusty Groove, Inc.
(Promo. Labels have some marker.)