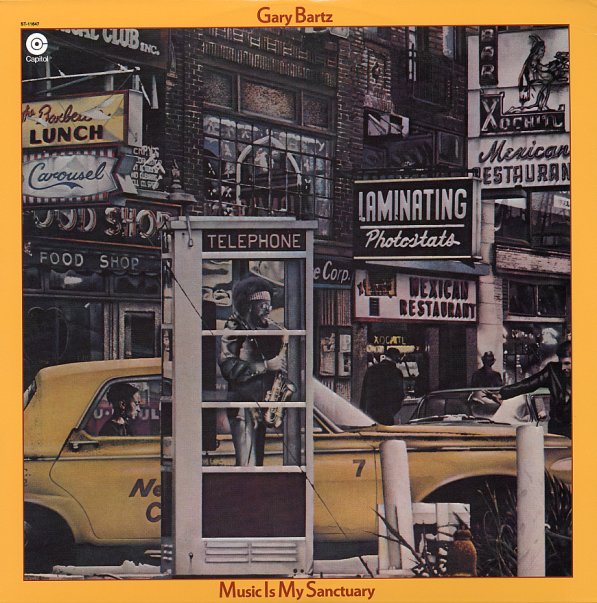 A fantastic bit of jazz funk fusion – and one of the landmark 70s albums produced by Larry Mizell! This is Gary Bartz's second (and most amazing) collaboration with Larry Mizell – a studio genius who could focus on the best talent of a jazz artist, then expand it using additional keyboards, percussion, and often a sweet bank of chorus vocals to give the tracks an extra soulful sound! By the time of this album, Larry had already worked to great fame with Donald Byrd, Bobbi Humphrey, and Johnny Hammond – and the record has him turning his talents towards Gary Bartz to unlock a whole hidden side of soulful expression that would never be matched again! The title cut – "Music Is My Sanctuary" – is a jazz fusion classic in anyone's book, and it features characteristic Mizell keyboards alongside Gary's soulful sax, augmented by a deep vocal chorus that's simply fantastic. Other highlights include "Carnaval De L'Esprit" and "Macaroni" – and the whole album's nice!  © 1996-2022, Dusty Groove, Inc.
(Scorpio reissue.)