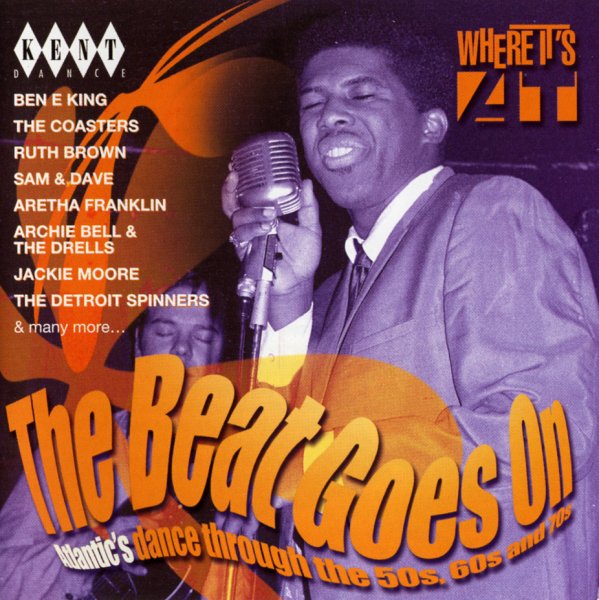 The beat goes on, and the groove does too – in this wonderful set of tracks that show the continued commitment of Atlantic Records to the realm of hard soul groovers! The package brings together a great blend of familiar numbers and lesser-known gems from three decades of the label's history – beginning with upbeat R&B gems from the 50s, moving through some great shifts in style that include some jukebox mambo sounds, jerking 60s soul, and even a bit of early funk – all in a sweet blend of tracks that never stops moving throughout! The package features 25 tracks in all – with the usual stellar Ace/Kent level of presentation – and titles include "Instant Groove" by King Curtis, "Philly Dog" by The Mar Keys, "Mambo Baby" by Ruth Brown, "What Is Soul?" by Ben E King, "Take It Off Him" by Clarence Carter, "You Don't Know What You Mean To Me" by Sam & Dave, "Nursery Rhymes" by Deon Jackson, "The Beat Goes On" by Sonny & Cher, "I'm Gonna Cry" by Wilson Pickett, "Time" by Jackie Moore, "Maggie's Farm" by Solomon Burke, "You've Got That Something Wonderful" by Percy Sledge, "Right Place Wrong Time" by Dr John, "You Better Check Yourself" by Soul Brothers Six, and "Funky Street" by Arthur Conley.  © 1996-2022, Dusty Groove, Inc.