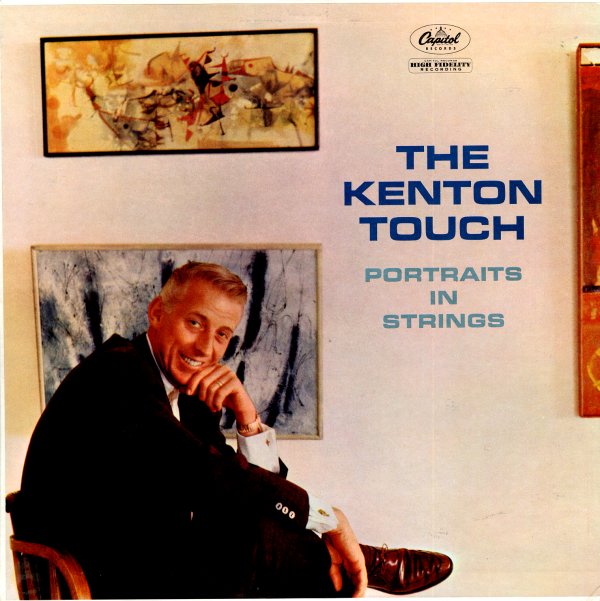 Although Stan Kenton's always best known for his famous work with 50s LA reedmen, he's equally great at working with strings as he is with saxes! This set reunites Stan with arranger Pete Rugolo – the darkly modern talent who helped Kenton hit some of his highest heights in the early 50s, and who scored backgrounds for some of our favorite vocal sessions of the 50s. An amazing sides with lush backdrops of strings soaring, snaking, swanning about as horns dart in and out of the mix, and occasional percussive touches create some even further tension. 10 tracks in all: "Salute", "Monotony", "The End Of The World", "Opus In Chartreuse", "Elegy For Alto", "Theme For Sunday", "Ballade For Drums", "Minor Riff", "A Rose For David", and "Painted Rhythm".  © 1996-2021, Dusty Groove, Inc.
(Rainbow label Capitol pressing. Cover has a half split top seam and a mark from sticker removal.)