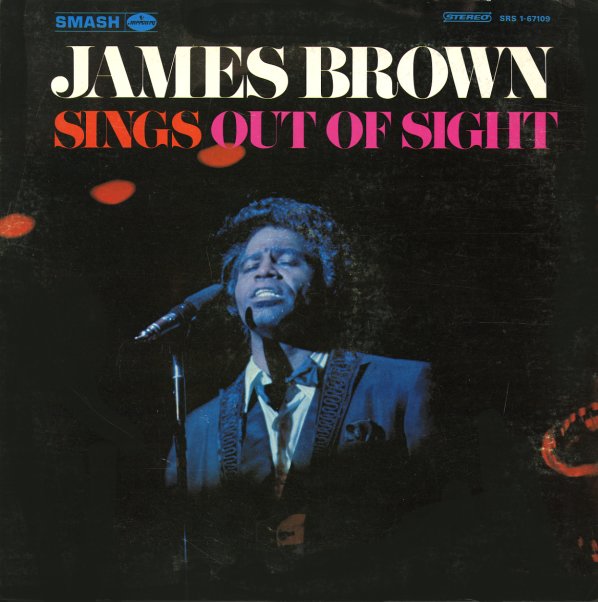 One of the stranger James Brown albums from the 60s! The record is one of the only vocal albums he cut for the Smash label – and it was issued during a time when James was strangely contracted to two labels – King and Smash. His dual contract situation was that he couldn't record any new original vocal material for Smash – apart from the title track "Out Of Sight", which had already been snuck on the market, and which is a sinister funky track built along the same lines as "Papa's Got A Brand New Bag" (not on this album.) Apart from that track, the rest of the material on the record is more traditional R&B and pop stuff – sung by James in a strong soul style. Titles include "Somethin Else", "Nature Boy", "Maybe The Last Time", "I Wanna Be Around", "I Got You", and "Good Rockin Tonight". The liner notes are great, too – with some pretty interesting information on Brown's career, and African-American politics.  © 1996-2021, Dusty Groove, Inc.
(Cover has some ring & edge wear.)