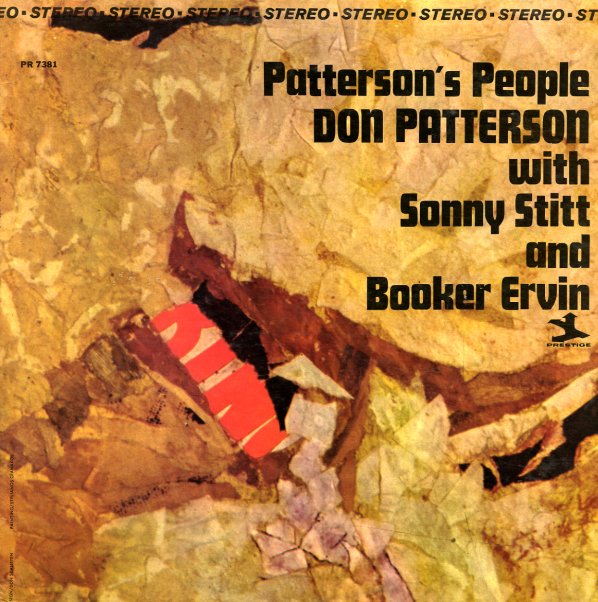 A great groover from Don Patterson – cut in a trio format, with an open-ended style that lets the players kick back and play, in the sort of free and easy setting you'd hear in a hip small club. Patterson's organ is backed by his usual drummer Billy James, and 4 of the album's 5 tracks feature tenor work, either by Booker Ervin or Sonny Stitt. The last track, "Theme For Dee", is a spare mellow ballad that features mostly just organ by Patterson, with some subtle drum fills by James. The other tracks groove a bit harder, and include "Love Me With All Your Heart", "42639", and "Sentimental Journey".  © 1996-2022, Dusty Groove, Inc.
(Blue label pressing with Van Gelder stamp – nice and clean. Vinyl has a pressing flaw that makes a short click on the first track on each side – but overall, both vinyl and cover are great.)

Charles Mingus (Prestige 2LP)
Prestige, Mid 50s. Near Mint- 2LP Gatefold
LP...$14.99
An excellent double LP that brings together a stellar selection of Charles Mingus' best Debut Records sides from the early 50s – most of which are very hard to find on wax these days! This is the material that gave birth to the legend that would flower on Atlantic and Columbia Records a few ... LP, Vinyl record album

Up, Up & Away
Prestige, 1967. Near Mint-
LP...$24.99
A fantastically beautiful album that strongly proves the old jazz adage "It's not the song, but the singer"! The "singer" in this case is alto player Sonny Criss – and the songs are a middle of the road batch of compositions, like "Sunny", "Willow Weep For ... LP, Vinyl record album

Free Again
Prestige, 1973. Very Good
LP...$2.99
Dang! Poor Gene Ammons kept getting stuck with albums that had titles which referenced his prison time! Fortunately, the quality of this one's good enough to live past the stupid name – and the record has Gene blowing with a larger group of west coast soul jazz players, arranged by Bobby ... LP, Vinyl record album

Night Hawk (Jazz Classics Series)
Prestige/Swingville, 1960. Near Mint-
LP...$14.99
Beautiful late work from Coleman Hawkins – mellow genius that wins us over time and time again over the years! The set's actually a twin-tenor outing – with both Hawk and Eddie Jockjaw Davis – the latter of whom, as proved with Johnny Griffin and others, is a perfect partner for ... LP, Vinyl record album