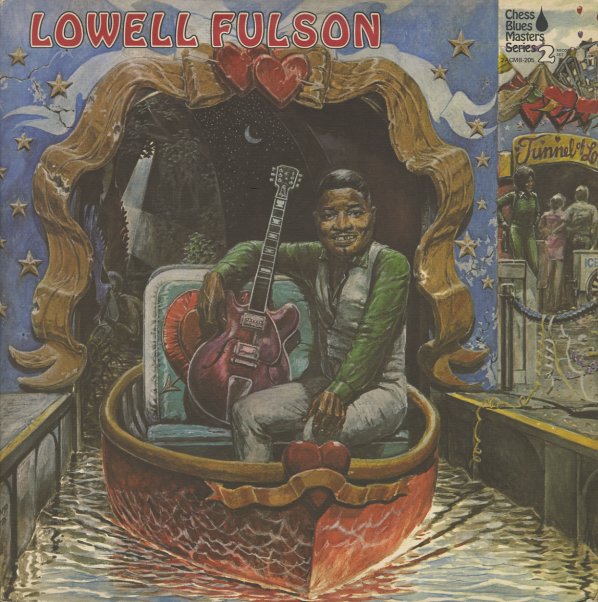 Is it Fulsom or Fulson? We're not going to try and present ourselves as the authority, but what we can tell you is this collection features 27 tracks from the man, mostly raw blues, though a number of cuts are more produced, with full horn section and piano complementing Fulsom's guitar and vocals, and mostly issued as 45s, though many of the numbers were previously unreleased at the time this collection was put together in the mid 70s. The best numbers are stripped down, lean and raw – and titles include "I Want To Know", "Lonely Hours", "It's A Long Time", "Rollin' Blues", "Love 'N Things", "Love Grow Cold", "Hung Down Head", "Someday Baby", "I Want To Make Love To You", "Rock This Morning", "Rock 'Em Dead", 'Worry Worry", "I'm Glad You Reconsidered", "Blue Shadows", "Why Don't You Write Me" and "Blue Soul", plus loads more!  © 1996-2021, Dusty Groove, Inc.
(70s pressing in the textured cover, with a cutout notch.)

Bo Diddley (Chess)
Chess, 1958. Near Mint-
LP...$24.99
Fantastically twangy! We never tire of Bo Diddley's incredible guitar work – and you'll get plenty of it in this early album he cut for Chess, a tasty batch of 12 tracks, all original tunes with a stripped-down gutbuckety sound – rough, raw rhythms that feature plenty of Bo's gritty ... LP, Vinyl record album

Lucille
Bluesway, 1968. Sealed Gatefold
LP...$39.99
One of the first records to feature BB King's famous guitar, Lucille, in the spotlight – an instrument he'd played for years, but which took on legendary status over the decades! The guitar's handled perfectly here by King – with a tone that still holds on to all the gritty edges of ... LP, Vinyl record album