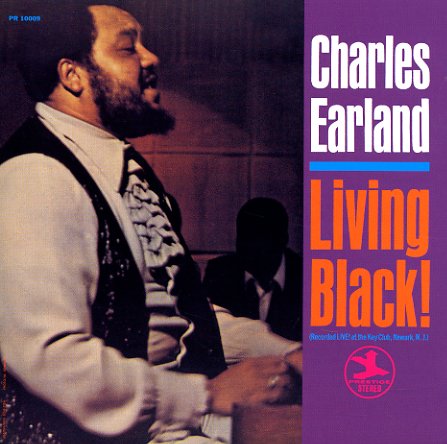 A stone cold live date from Charles Earland – recorded in Newark, at just the sort of club where he got his start! The tracks are quite long and openly grooving – even more so than Charles' killer studio sets from the time – and there's a bit of a harder edge here too, thanks partly to the live setting – and to the amazing young tenor work of Grover Washington Jr, who really sounds incredible here – much harder than in his later Kudu years! Other members of the group include trumpeter Gary Chandler – playing with a sound that's right up there with his landmark date on Eastbound Records – plus Maynard Parker on guitar, Jesse Kilpatrick on drums, and Buddy Caldwell on congas. As usual, Charles doesn't need a bassist to help him find a nice chunky bottom on the tunes – and he really sails out majestically throughout, with those famous long-running solo lines of his on the Hammond! Titles include "Killer Joe", "Milestones", and "Key Club Cookout".  © 1996-2021, Dusty Groove, Inc.
(Purple label pressing. Cover has a cut corner, wear, and aging.)

Infant Eyes
Muse, 1979. Very Good+
LP...$19.99
An overlooked Hammond slammer from Charles Earland – cut at a time when he was working on more electric keyboards for other labels. The set's a killer all the way through – very much in the best early 70s Prestige Records mode – with long tracks that really jam, and a lineup that ... LP, Vinyl record album