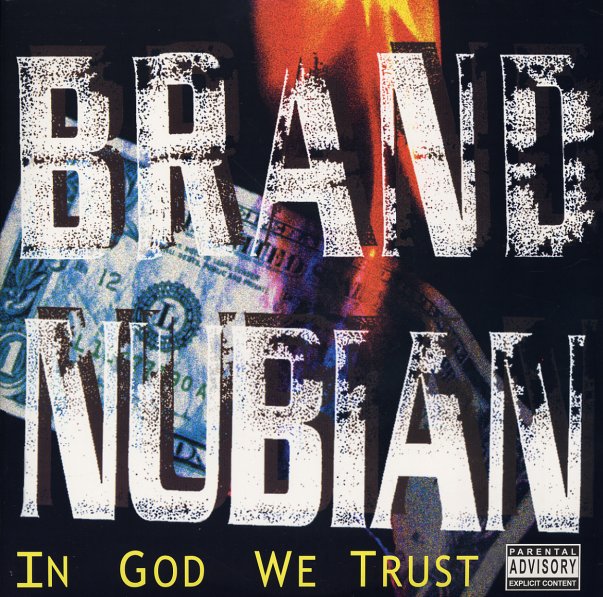 In God We Trust

Early 90s greatness from Brand Nubian! Once Puba left the group, we were all ready for this sophomore effort to just fall flat. But Sadat X and Lord Jamar aquit themselves nicely on the mic, and the beats are head-noddingly satisfying too, no doubt due to Dante Ross's guidance. And they don't let up on their hardcore 5% stance either. Classic! Includes the classic singles "Allah U Akbar", "Love Me Or Leave Me Alone" and "Punks Jump Up To Get Beat Down", plus "Travel Jam", "Steal Ya 'Ho", "Steady Bootleggin'", "Black Star Line", "Meaning Of The 5%", "Ain't No Mystery", "Pass The Gat", 'Allah & Justice", "The Godz. . .", "Brand Nubian Rock The Set" and "Black & Blue".  © 1996-2021, Dusty Groove, Inc.