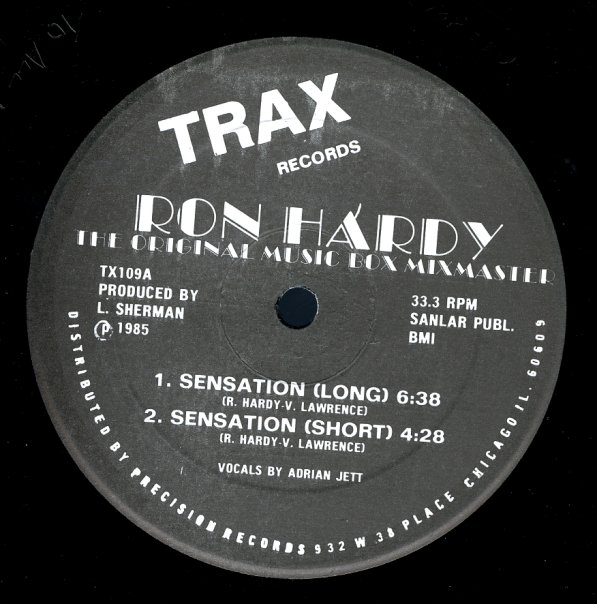 A rare single by Ron Hardy, one of the architects of the Chicago House sound, but more through his legendary DJ work at the Music Box than records.  © 1996-2021, Dusty Groove, Inc.
(Original white vinyl pressing with "To all my supporters with love - Ron Hardy" etch.)