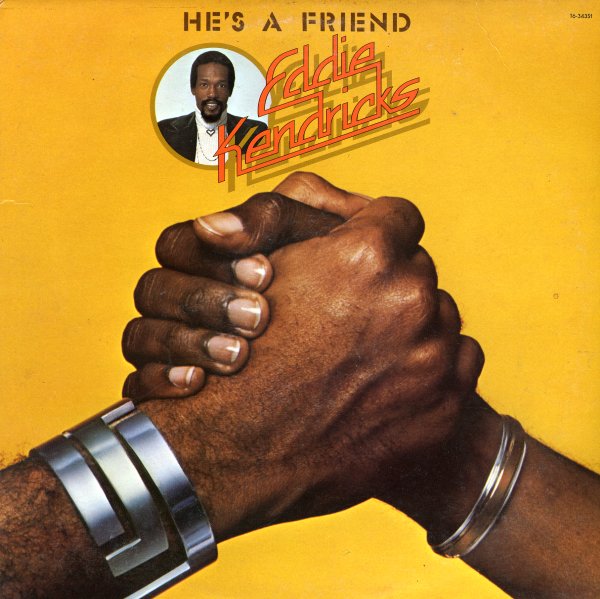 One of Eddie's monster LPs of the 70s! The whole affair was produced by Norman Harris, who, along with Vince Montana and TG Conway, gave the album a sweet set of Philly arrangements that worked perfectly with Eddie's strident soul-boogie style. Ballads and uptempo groover work equally well – and the album's got a wonderful sampling of both, showing Eddie as a continually rich soul singer with a talent that was worth all the hype he was getting at the time. Includes the great slow cuts "Never Gonna Leave You" and "A Part Of Me" – plus the groovers "He's A Friend", "I Won't Take No", and "On My Way Home".  © 1996-2022, Dusty Groove, Inc.

Songs In The Key Of Life
Tamla, 1976. Very Good 2LP Gatefold
LP...$39.99 (CD...$9.99)
A sweet little double LP – one that had some folks saying that Stevie should have stayed away from the "2LP syndrome", but for us a real treasure with lots of hidden gems. Besides the hits "Isn't She Lovely" and "Sir Duke", which were more than enough to carry ... LP, Vinyl record album

Going To A Go Go
Tamla, 1965. Near Mint-
LP...$9.99
Legendary stuff from Smokey Robinson and his wonderful group – a killer set from the second all-male version of The Miracles – recorded with some wonderfully soaring harmonies! The group's got a nice bite on the bottom here – a groove to go with the "go go" promised in ... LP, Vinyl record album