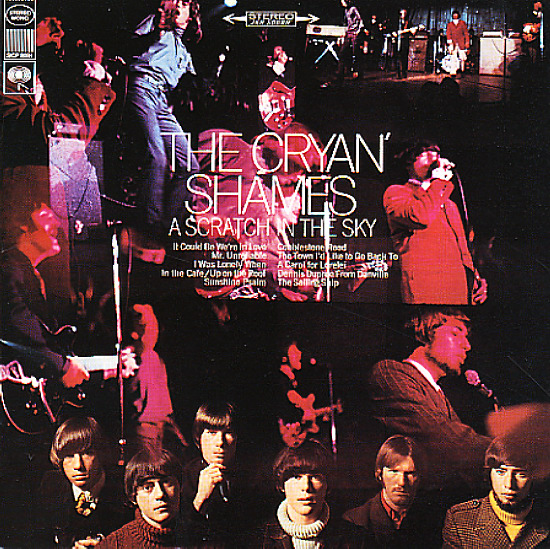 A Scratch In The Sky

A great step forward for The Cryan Shames – a group who started their career singing other peoples' music, but who emerge here with some great songs of their own! There's a brilliant Sunshine Pop feel to the whole record – but there's also some garagey elements that reflect the group's presence on the Chicago scene of the 60s – not a Dunwich quality entirely, but not far off either! That edge makes the psych moments really sparkle nicely – with a more sinister feel than anyone might have guessed from the group on their initial outing. A few moments echo Brit invasion modes – but with a trippier style that's a bit like Chad & Jeremy on Columbia – and titles include "Cobblestone Road", "The Sailing Ship", "A Carol For Lorelei", "Sunshine Psalm", "Mr Unreliable", and "In The Cafe".  © 1996-2022, Dusty Groove, Inc.
(Sealed 80s reissue in a barcode cover.)