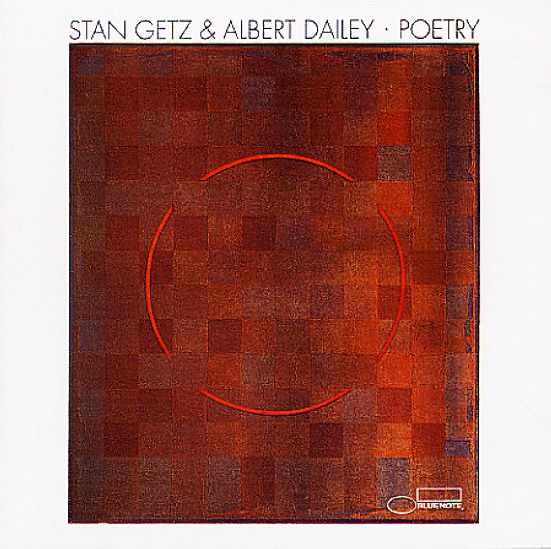 A lovely later recording from Stan Getz – very spare and spacious, and recorded with a casual approach that's quite striking, and really fresh! The album features Stan playing alongside pianist Albert Dailey – with no other rhythm accompaniment, just piano and tenor sax. The tunes are mostly familiar numbers, played in a relaxed, improvised mode that makes the whole thing feel like you're getting a lucky glimpse of Stan and Albert playing together in an after hours session or rehearsal. There's a bit of roughness in the recording, but given the depth of soul and color from both players, that quality also emerges as an honest humanity that only serves to make the recording more compelling! Titles include "Tune Up", "A Child Is Born", "Confirmation", "Round Midnight", and "Spring Can Really Hang You Up The Most".  © 1996-2021, Dusty Groove, Inc.
(Still sealed, but with some fraying at the spine.)

In Performance
Elektra, 1980. Near Mint- 2LP Gatefold
LP...$8.99
A double-length live set from Oregon – one that acts as a nice bracket to their 70s work for the Vanguard label, and which maybe points the way towards the direction they'd soon take at ECM! As some of their contemporaries were maybe getting even more electric, the group deliver a fantastic ... LP, Vinyl record album

Come Morning
Elektra, 1981. Very Good+
LP...$3.99
Grover Washington blows over some great arrangements from William Eaton – full, but lean too – and with the same sort of slinky groove that always worked best for Grover back at Kudu Records! The sound is tight, but never too slick – that magically soulful approach that always ... LP, Vinyl record album

Good Time For Love
Elektra, 1986. Near Mint-
LP...$9.99
Lots of guests on this one, with Earl "Chinna" Smith and Radcliffe "Doggie" Bryan on guitars, Ansel Collins on keyboards, Jimmy Cliff on congas, and others! LP, Vinyl record album

Spirit Within
Elektra, 1982. Sealed
LP...$9.99
Really beautiful work from the team of Red Rodney and Ira Sullivan – hardly the sort of stuff we might have heard from the players a decade or two before – and a sophisticated batch of tunes that has them stretching out in rich musical directions! There's little of the boppish roots of ... LP, Vinyl record album

Modern Times
Elektra, 1984. Near Mint-
LP...$4.99
A classic set from this fusion supergroup – a great quintet that features keyboards from Warren Bernhardt, vibes from Mike Mainieri, tenor and soprano from Michael Brecker, bass from Eddie Gomez, and drums from Peter Erskine. As with other Steps Ahead records, the vibes really balance out ... LP, Vinyl record album