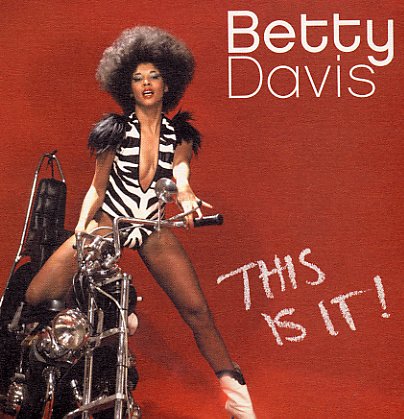 Some of the heaviest funk you'll ever find in one tiny package – all courtesy of the mighty Betty Davis! Betty's work of the 70s is beyond compare – fuzzed-out, tripped-up, drum-heavy funk that's been the stuff of legend for years, and which is the kind of music you could play for just about anyone, and have them say "DANG, what the hell is that!?!" This tasty little set brings together tracks from Betty's 3 albums of the mid 70s – Betty Davis, Nasty Gal, and They Say I'm Different – done with a focus on the hardest-hitting tracks from each set, and put together with a real ear for the kind of tunes that still burn mightily after all these years. Titles include "Steppin In Her I Miller Shoes", "If I'm In Luck I Might Get Picked Up", "Don't Call Her No Tramp", "Shut Off The Light", "Nasty Gal", "FUNK", "You & I", "70s Blues", "They Say I'm Different", and "Git In There". 16 tracks on 2LPs!  © 1996-2021, Dusty Groove, Inc.