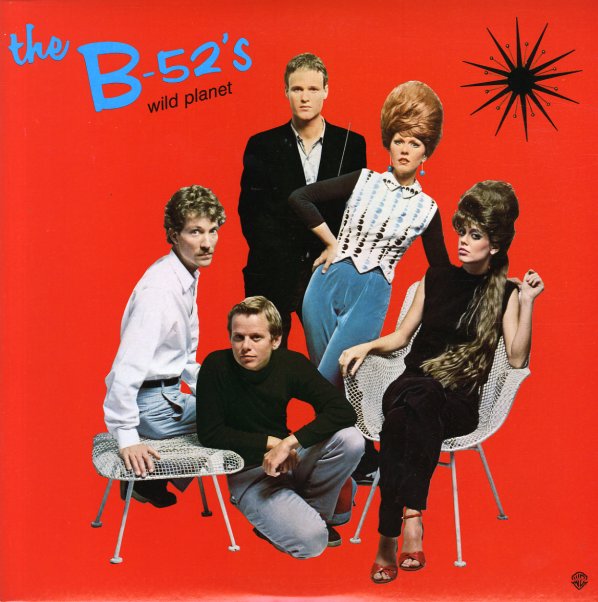 They may look goofy on the cover, but the young B-52s are incredible here – working with this spare sense of power that almost makes us think that we didn't need most of what happened in rock and roll during the 70s – given the way these guys can distill a mood or moment down to just a few deft instrumental turns and offbeat lyrics! The record's not punk, but it's also not new wave either – at least in the conventional way – and there's a darkness here that goes way past any simple cliches you may have associated with the band – a haunting feel that transcends most of what they were ever capable of in later years. We might even say this one tops their debut – and titles include "Party Out Of Bounds", "Dirty Back Road", "Runnin Around", "Give Me Back My Man", "Private Idaho", "Devil In My Car", "Quiche Lorraine", "Strobe Light" and "53 Miles West Of Venus".  © 1996-2021, Dusty Groove, Inc.
(Beige label pressing. Cover has a center split spine.)