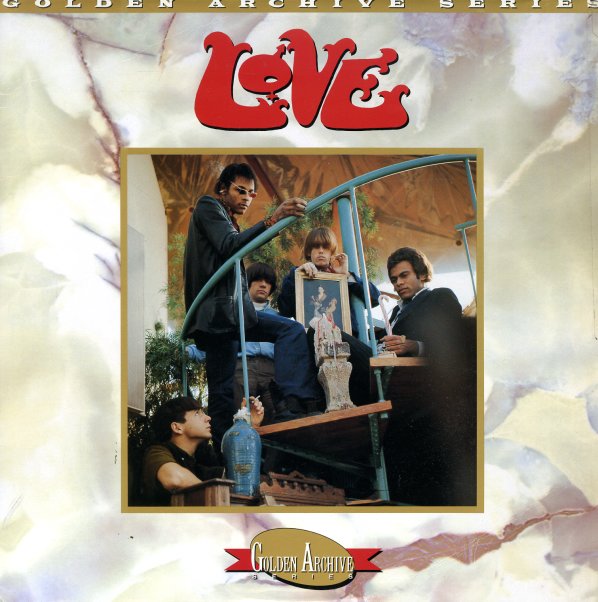 The 60s genius of Love in all its glory – served up here on a set of 16 tracks that perfectly define all that's wonderful about the band! The collection focuses in on titles that really have the band hitting their hardest punch – short numbers that brilliantly brew up 60s garage and bluesy roots with that frenzied energy that made Arthur Lee one of the real standout talents of his generation – one of the most personal, individual stamps anyone left on music from the LA scene at the time – which is saying a hell of a lot! Every track here is wonderful – and titles include "My Little Red Book", "Can't Explain", "Hey Joe", "Signed DC", "Stephanie Knows Who", "She Comes In Colors", "Your Mind And We Belong Together", "Your Friend And Mine – Neil's Song", "Seven And Seven Is", "Alone Again Or", "Andmoreagain", "Que Vida", "Robert Montgomery", "Orange Skies", "Laughing Stock", and "Number Fourteen".  © 1996-2020, Dusty Groove, Inc.
(Mid 80s Golden Archive Series pressing, still in the shrink with hype sticker.)