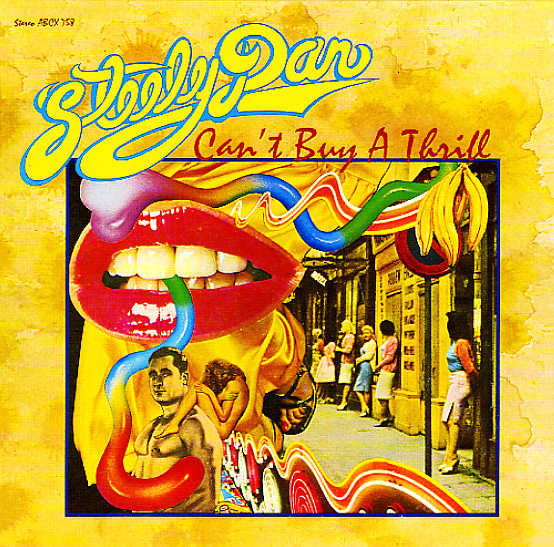 The first album from Steely Dan, and a really nice chapter in their career – one that's maybe a bit less iconic than the late 70s records, but in a way that really keeps things interesting! There's definitely less jazz and polish than on the later albums – but already, the group are writing the kinds of songs that nobody ever seemed to pen before, and which few other groups could match later – despite the countless legions who tried! The guitars are all nice and strong – that sharp Skunk Baxter edge that helped get the group firmly onto the charts right away – on titles that include their classic singles "Do It Again" and "Reelin In The Years", the oft-showcased "Dirty Work", and other cuts that include "Kings", "Midnite Cruiser", "Only A Fool Would Say That", "Fire In The Hole", "Brooklyn Owes The Charmer Under Me", "Change Of The Guard", and "Turn That Heartbeat Over Again".  © 1996-2023, Dusty Groove, Inc.
(UK yellow label pressing.)

Gaucho
MCA, 1980. Very Good+
LP...$29.99
The last album in the classic run of Steely Dan – the final taste we'd have of the group until their surprising revival in the 90s! Gaucho picks up beautifully where Aja left off – warmly produced with a deep undercurrent of jazz, but perhaps a bit more down to earth feel at times too ... LP, Vinyl record album

Aja
ABC, 1977. Very Good+ Gatefold
LP...$34.99 (CD...$4.99)
An undisputed masterpiece, and a record we never tire of hearing – unabashedly the inspiration for our years of jazzy exploration as adults, even though it was probably the closest thing we ever got to the genre as wee lads! Walter Becker & Donald Fagan raise their already-high bar to ... LP, Vinyl record album

Emerge
Probe/ABC, 1969. Near Mint-
LP...$14.99 19.99
Heavy fuzzed out psychedelia from the late 60s Twin Cities scene – the wild and hard charging Emerge from The Litter – with a heft that would be just as right at home in Detroit at the time as it was in Minneapolis! A lot of that has to due to with the heft – the drums pound ... LP, Vinyl record album