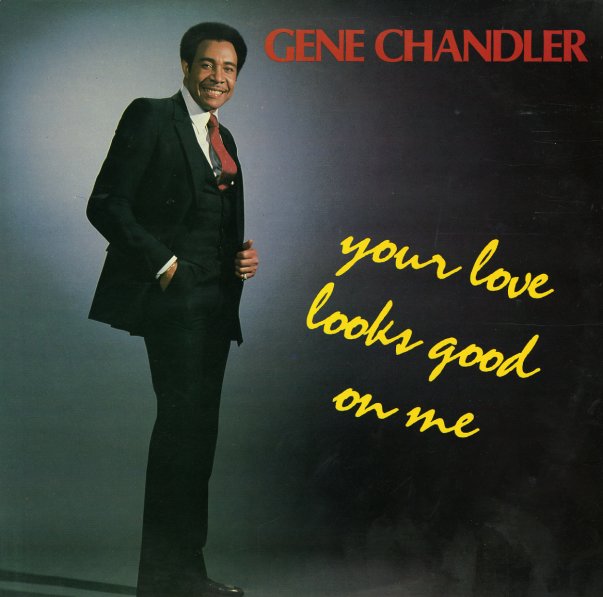 Your Love Looks Good On Me

Although Gene Chandler wasn't scoring nearly as big in the 80s as he was in the 60s, he was still a great vocalist, and could turn out some good material when he wanted to. This album's more than enough proof of that – and it features some good mellow tracks that have Gene singing in a sophisticated quiet storm sort of style. The best number is "Haven't I Heard That Line Before" – and other tracks include "You'll Never Be Free Of Me", "Lucy", and "Please You Tonight". The record's got some uptempo numbers that fall flat, so stick to the ballads and mellow cuts.  © 1996-2021, Dusty Groove, Inc.
(White label promo. Cover has light wear and a promo stamp.)