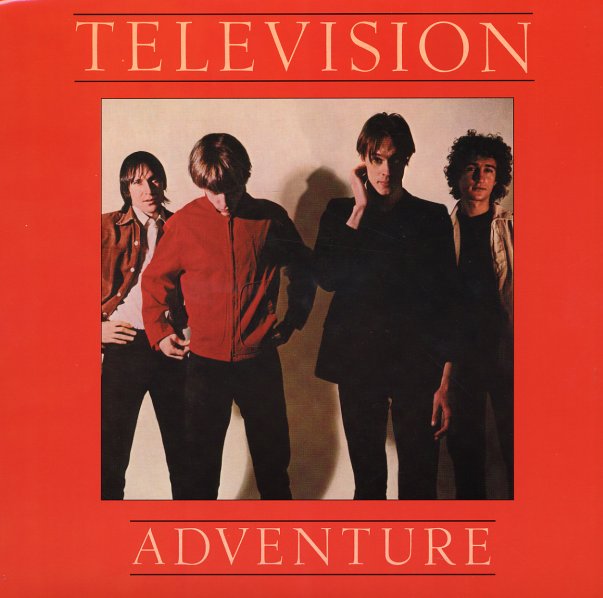 The fantastic second album from Television – a follow up to Marquee Moon that has the group still very much at the top of their game – and which makes a perfect pairing with that legendary debut! The group may not have given us many records over their short span – but Adventure is the kind of record that most groups would have worked years to create – graced with fantastic work from Tom Verlaine, and the kind of guitar sound that opened the door for a whole new generation to explore in the years beyond punk and prog! Titles include "Glory Days", "Foxhole", "Careful", "Carried Away", "The Fire", "Ain't That Nothin", and "The Dream's Dream".  © 1996-2022, Dusty Groove, Inc.
(UK red vinyl pressing! Includes lyric insert. Cover has some edge wear, but looks nice overall.)

Candy-O
Elektra, 1979. Very Good+
LP...$11.99 (LP...$21.99)
Not The Cars' first album, but the one that definitely catapulted them from Boston underground to mainstream fame – quite a surprise, given the style that most of the bigger acts were laying down at the time! And of course, we say that from the more mainstream bent of our American market ... LP, Vinyl record album

Accept No Substitute – The Original Delaney & Bonnie
Elektra, 1969. Near Mint-
LP...$24.99
Southern rock meets southern soul – all in this groundbreaking set from the team of Delaney and Bonnie Bramlett! The quality quotient here is quite high – light years beyond so many later folks who tried for this territory, but then slicked it up for radio airplay – and in ... LP, Vinyl record album