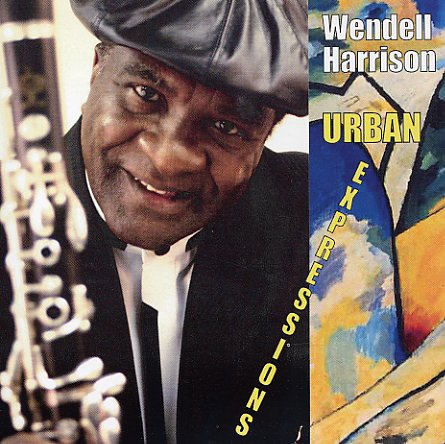 Wendell Harrison changes up his groove once again – hitting a smooth, urban-styled jazz mode – one that features vocals on a number of cuts, including a great guest appearance from Jean Carne! The overall feel of the set is like some of Harrison's albums of the 80s – a bit smooth, but always soulful – and often using electric keyboards and a bit of drum programming, next to acoustic sax and percussion. Harrison plays both clarinet and tenor sax – and on some tracks, he puts both of these aside for some work on keyboards. Titles include "Lately", "Pojo", "Living For The Love Of You", "Ride", "We'll Miss Each Other", "Smooth Mini", and "My Stuff".  © 1996-2023, Dusty Groove, Inc.

New Message From The Tribe
Wenha, 2017. New Copy
CD...$13.99 15.99
Spiritual sounds from Pamela Samiha Wise – a musician who was a bit late to the Tribe Records scene in Detroit, but who's really done a lot to carry on the vision of the music! You might know Wise from some of her recordings with Wendell Harrison, and Harrison is very much in full force here ... CD