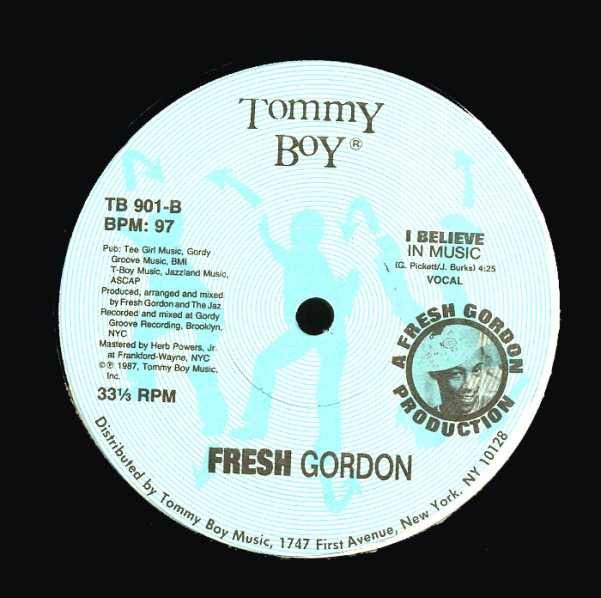 "Feelin' James" is a mostly instrumental track with lots of James Brown and Bobby Byrd vocal samples cut in, the flip, "I Believe In Music" has that early Stetsasonic sound.  © 1996-2022, Dusty Groove, Inc.
(Promo copy in a Tommy Boy sleeve. Vinyl has mild heat damage but plays great! Label has a ghost sticker spot.)

I Got A Good Thang(voc,acapella,dub)/ Urban Sound Surgeon(voc,acapella,inst)
Tommy Boy, 1988. Near Mint- Promo
12-inch...$1.99
Production using Meters and James Brown samples. With the loud, almost shouting, style of rapping that was common back then. 12-inch, Vinyl record