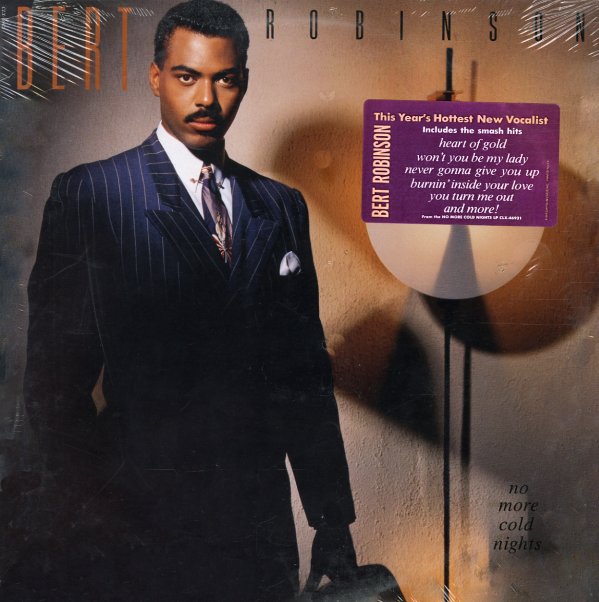 An overlooked debut from singer Bert Robinson – an artist who was part of the large Al Hudson/One Way collective from Detroit, but who really comes into his own in this sweet little set! Robinson's got a very rich, deep vocal approach – almost a nod back to the pre-soul generation of male vocalists, but set here to some classy, contemporary vibes that sparkle with the best 80s Capitol Records touches – put together by Hudson and crew – plus others who include Stan Sheppard and Preston Glass. The best numbers are the ballads – smooth steppers that really suit Bert's vocal approach – and titles include "Never Gonna Give You Up", "Heart Of Gold", "No More Cold Nights", "You Turn Me Out", "Just Begun To Know You", "Burning Inside Your Love", and "Still Waiting".  © 1996-2021, Dusty Groove, Inc.