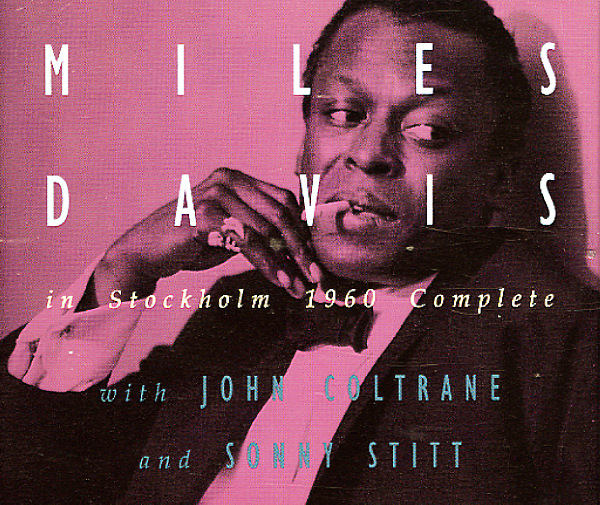 The complete recordings of a legendary live cycle of shows in Stockholm from 1960 – material that was previously issued on two different 2LP sets during the album era, now brought together here with bonus tracks too! The first third of the set features incredible work from the team of Miles Davis and John Coltrane – working together in space that's very open, and far more exploratory than their studio work of the late 50s – maybe at a level that really shows the impact that Coltrane's growth was having on the solo approach of Davis! The key rhythm trio keeps things swinging – Wynton Kelly on piano, Paul Chambers on bass, and Jimmy Cobb on drums – which almost seems to allow the horn players even more freedom. The second two thirds of the set are equally striking, but in a very different way – as they feature the great Sonny Stitt, blowing both alto and tenor with Miles' group – a choice that's maybe a bit surprising, but equally wonderful too – a Stitt brings the sound maybe back to a bop core, but also seems to really get a chance to show off some of those modern currents that he had to soft-pedal on his albums for Roost. Titles with Coltrane include "So What", "On Green Dolphin Street", "All Blues/Theme", "Walkin/Theme", and "Fran Dance" – and titles with Stitt include "Autumn Leaves/Theme", "Walkin", "All Of You", "June Night", "Stardust", "Lover Man", "If I Were A Bell", "No Blues/Theme", "Softly As In A Mornin Sunrise", and "So What".  © 1996-2021, Dusty Groove, Inc.