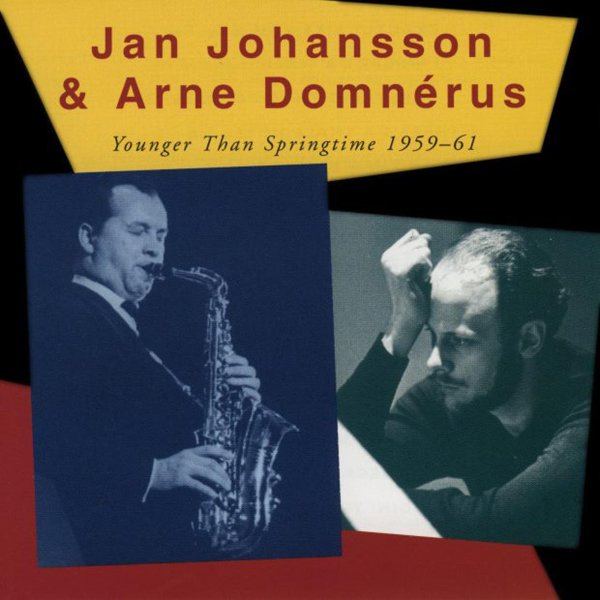 Two key Swedish modernists, in three different settings – all of them great, and pulled from tracks originally recorded by the Artist label! The start of the set features a quartet with Arne Domnerus on some mighty sharp alto sax – blown with a mix of soulful undercurrents and modern edges, in a way that reminds us of Charlie Mariano at his early best! Jan Johansson plays piano on these tracks, then spins the group off into a trio for another five numbers – which offer up even more of a focus on his wonderfully angular, fluid lines on the keys! Titles from these sessions include "Exactly Like You", "Where Or When", "There's A Small Hotel", "Now See How You Are", and "Mack The Knife". The set then moves into some Johansson trio material from a year later – with Sture Nordin on bass and Egil Johansen on drums – on titles that include "Becks", "Swingin The Blues", and "Serenade In Blue". The CD ends with one last number – a previously-unissued sextet number titled "Suburban Street" – with Domnerus on alto, Johansson piano, Bengt Arne Wallin on trumpet, and Bjarne Nerem on tenor.  © 1996-2022, Dusty Groove, Inc.

All Star Sessions 1953/1954 – Featuring Lars Gullin
Metronome/Dragon (Sweden), 1953/1954. New Copy
CD...$12.99 13.99
Great recordings from Swedish pianist Bengt Hallberg – recorded at a key point in the 50s when he was really building a reputation in the overseas market! The sides here were recorded for Metronome and Pacific Jazz – and feature Hallberg's sharp-edged piano working with a great range ... CD